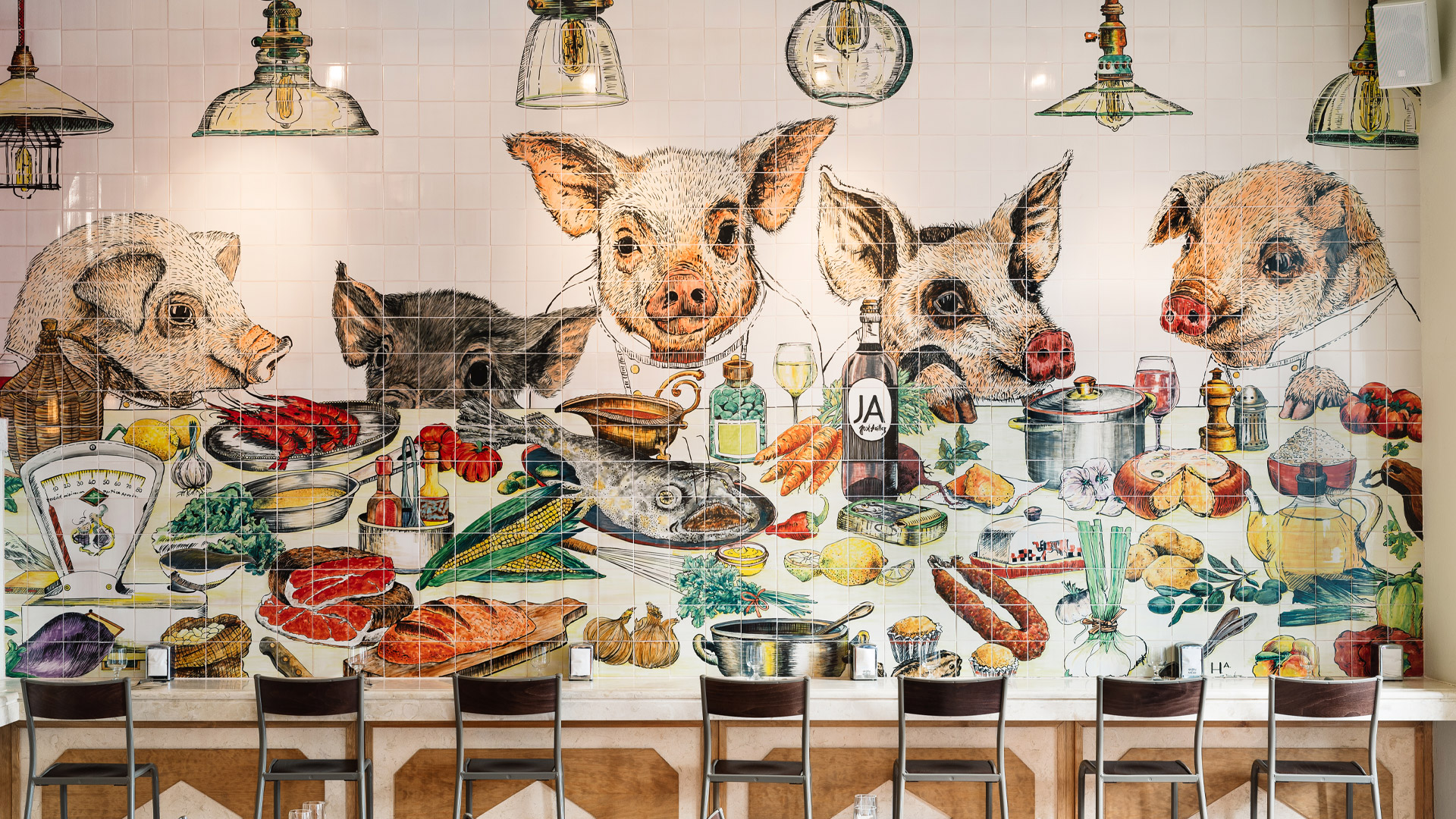 In Bairro do Avillez, the most recent restaurant of the Michelin star chef José Avillez, we can find a panel of tiles produced and painted in Aleluia Cerâmicas, S.A., at its Sintra unit, the Viúva Lamego Ceramics Factory.This unconventional place, in Chiado, Lisbon, is owned by one of the most respected chefs in the country, awarded with two Michelin stars.
With almost one thousand square meters, it includes a tavern, a grocery store, delicatessen and seafood restaurant.It is, precisely, in the Tavern, just at the entrance, that we find a panel composed of 819 tiles and 16,8 square meters, which occupies a wall, produced by the master Fernando Duarte of the Sintra unit of Aleluia Cerâmicas, S.A., the Viúva Lamego Ceramics Factory and painted by the hand of the artist Henriette Arcelin.This panel depicts different species of pigs. As José Avillez ironically says: “Pig products are typical in tavern charts. Here the pigs dress Chefs Coats and sit at the table.”Making of:
Youtube 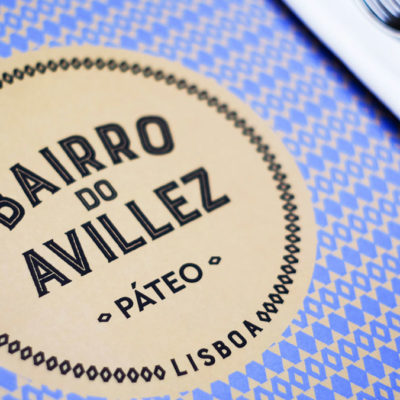 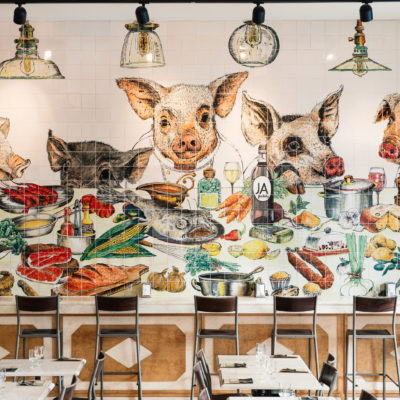 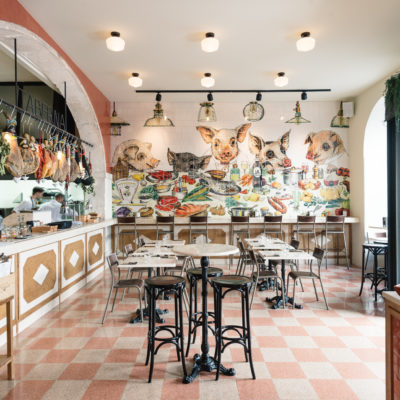 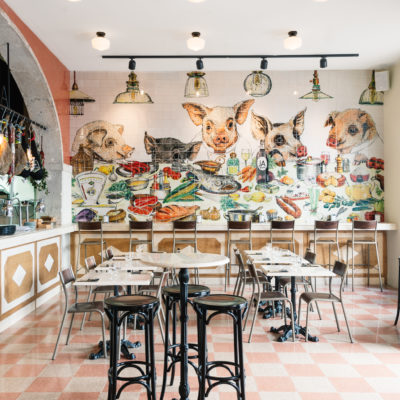 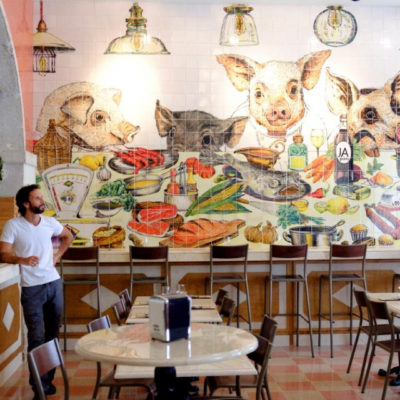 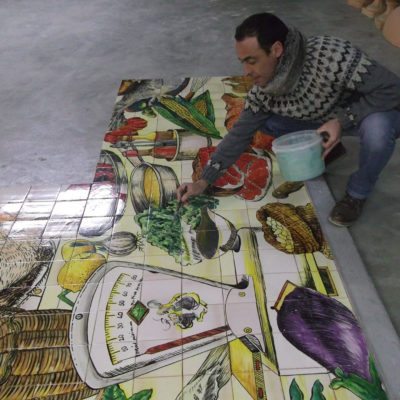 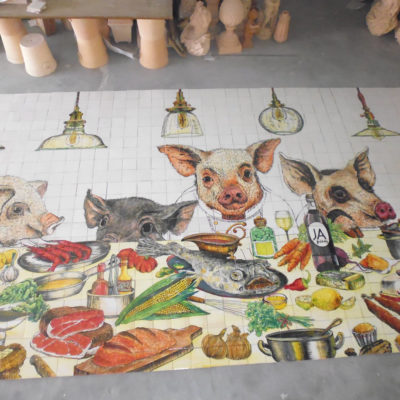 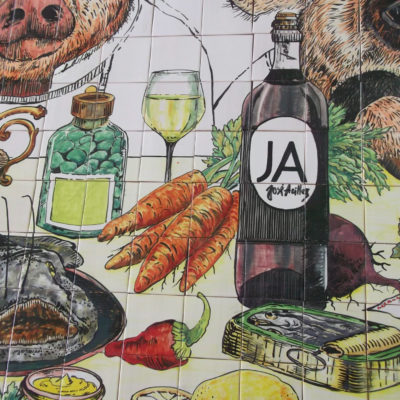 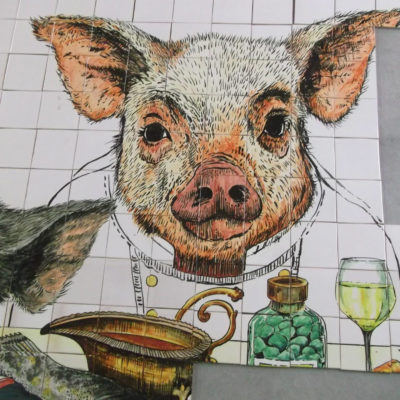