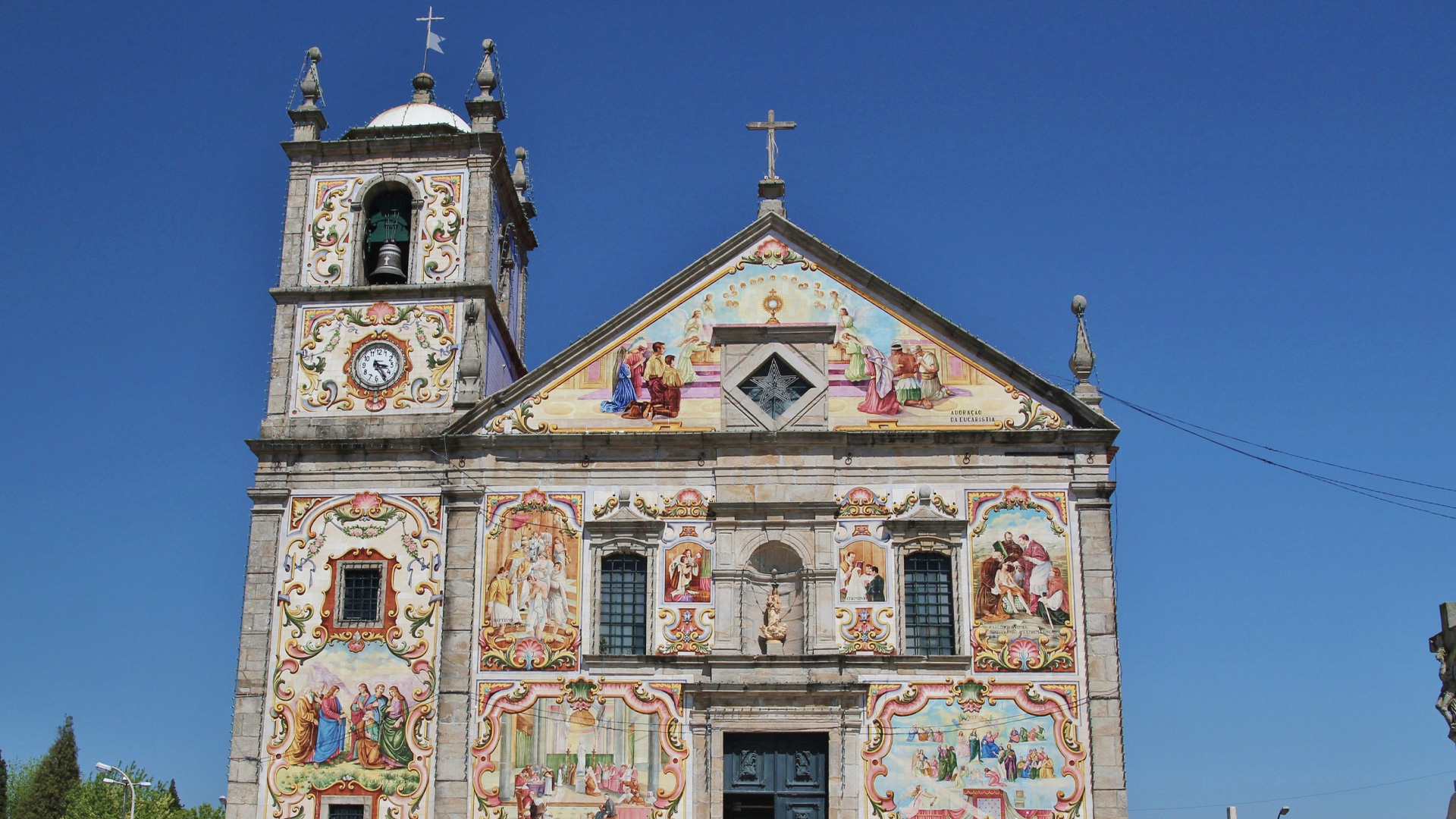 A true masterpiece of the art of tile painting.


The Válega Church, also known by the “Portuguese Sistine Chapel”, located in the municipality of Ovar, district of Aveiro dazzles for its tiles, both inside and outside and is one of the most beautiful churches in Portugal.

It is a true masterpiece of the art of tile painting and one of the most impressive churches in Portugal.
The construction work on this impressive church began in the 18th century, in 1756 and lasted for more than a century. Between 1923 and 1958, the conservation work was carried out and between 1959 and 1960 the main façade, the interior walls of the nave and the upper part of the triumphal arch were lined with polychrome tiles of Aleluia Cerâmicas (Fábrica Aleluia).

In 1975 took place the covering of the lateral and later elevations with Aleluia Cerâmicas tiles designed by the architect Januário Godinho.
At sunset, the façade of the church, facing west, is particularly beautiful; bathed by the sunshine it is a true golden temple that shines with its fantastic multi-colored tiles. 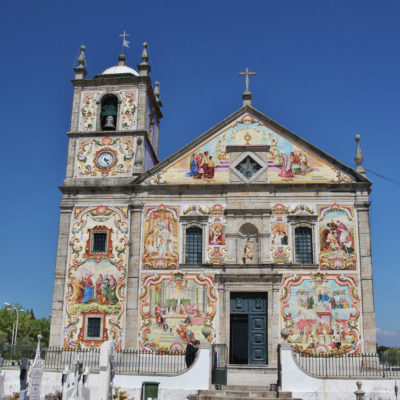 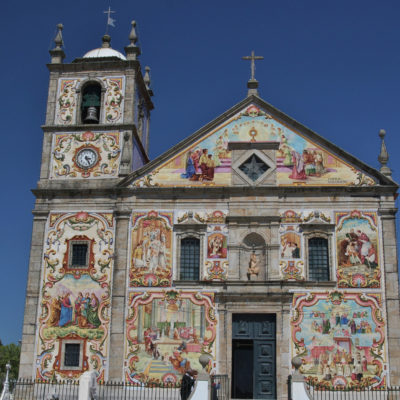 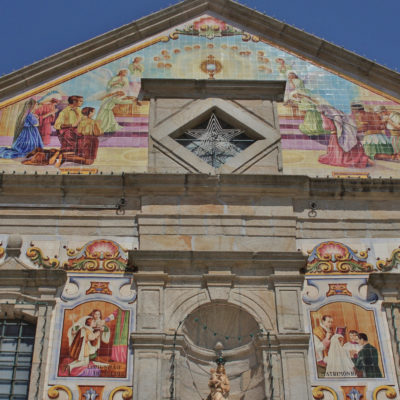 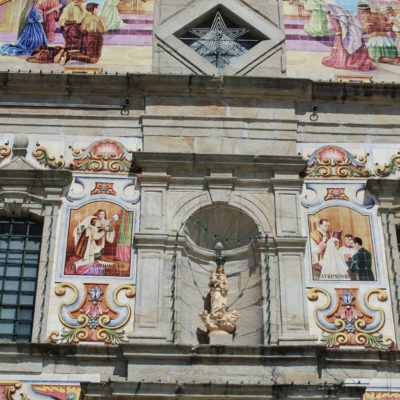 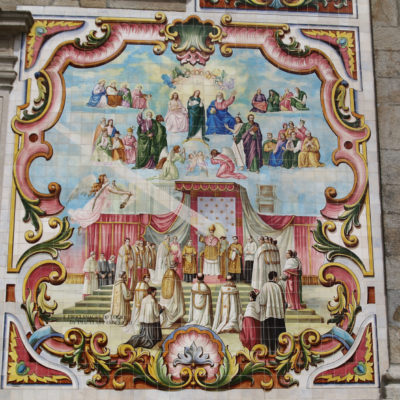 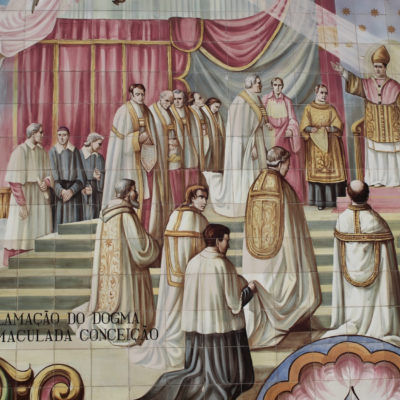 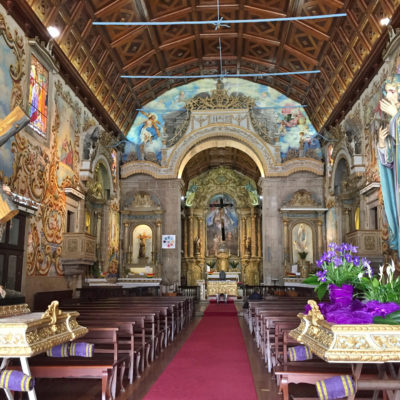 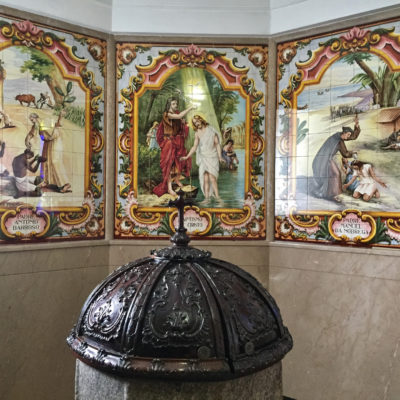 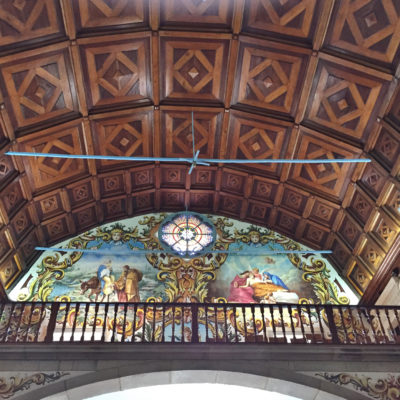 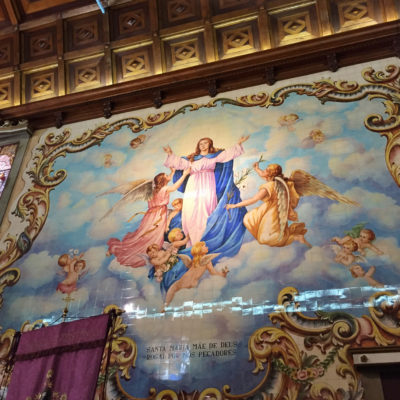 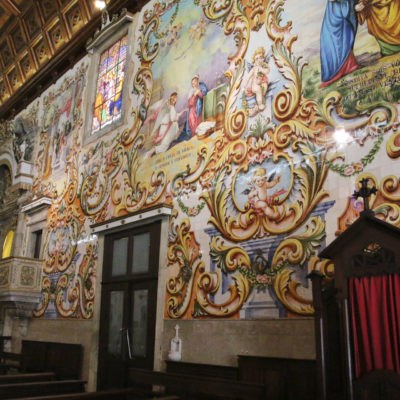 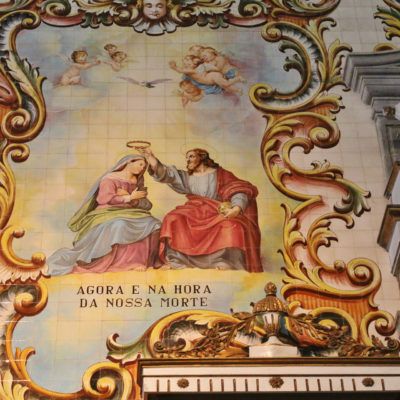 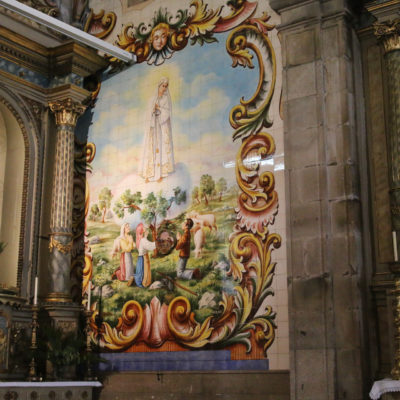 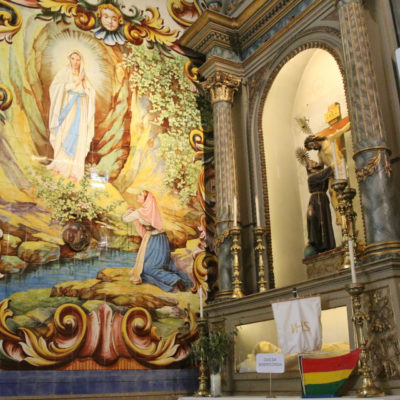 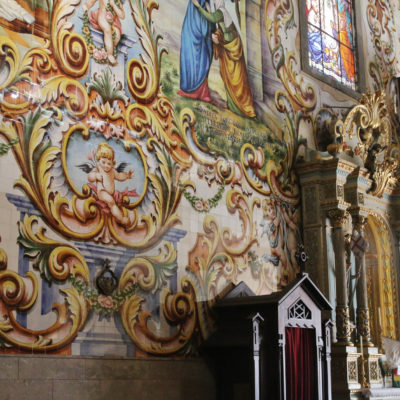 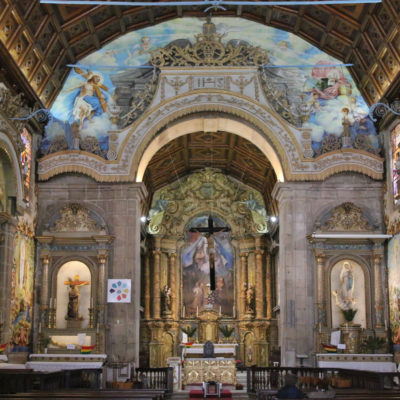 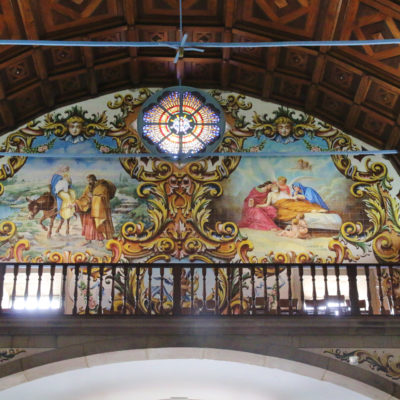 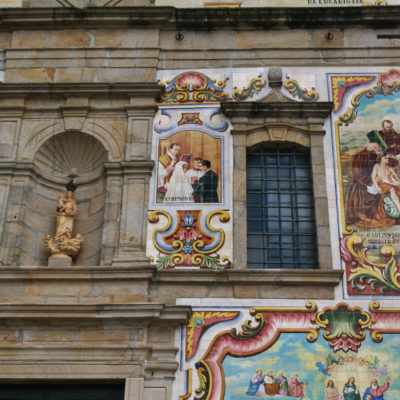